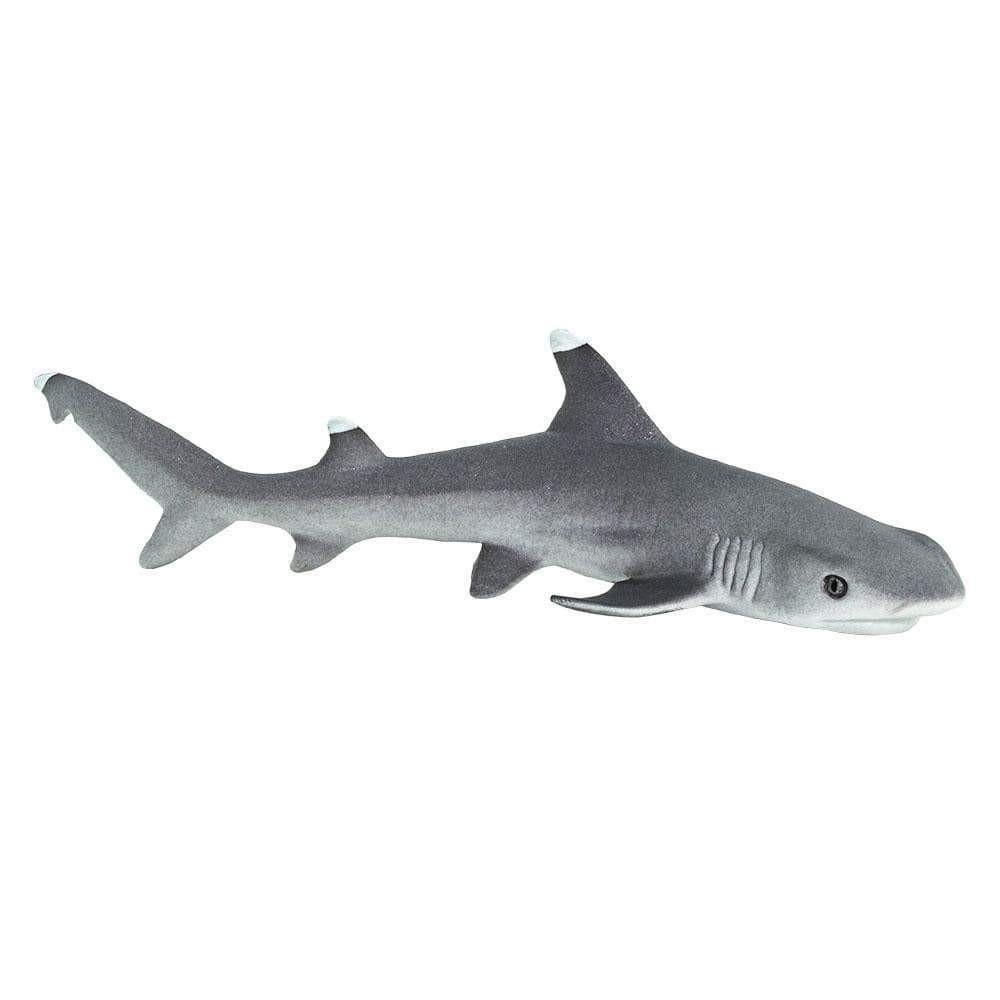 The whitetip reef shark is a relatively small species of shark in the family known as requiem sharks (Carcharhinidae), which also includes the bull, tiger, lemon, gray reef, blacktip reef, and blue sharks. This shark is unique among its relatives, with its slender body and blunt snout with tubular nasal flaps.