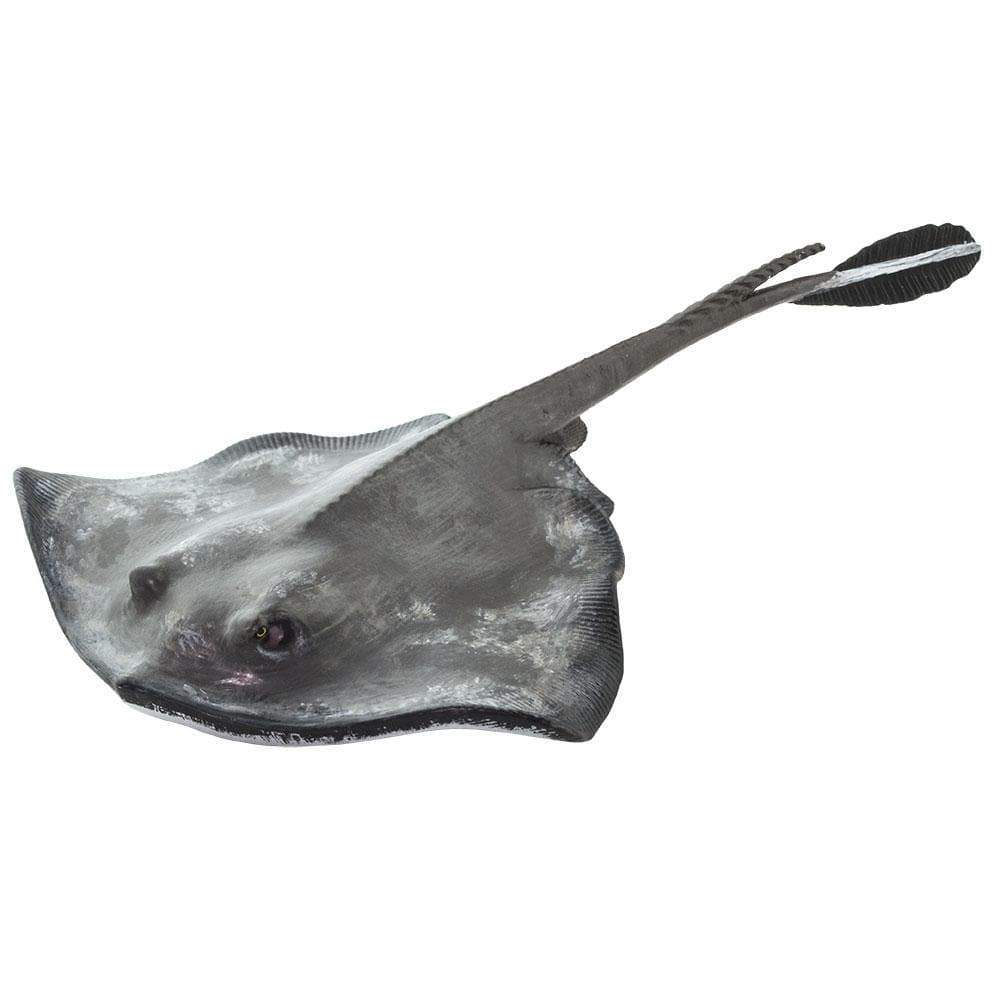 Stingrays are a type of cartilaginous fish (meaning their skeletons are made of cartilage, not bone), like their relatives, the sharks. They have large pectoral fins that run most of the length of their entire body, giving their bodies a disc or diamond shaped appearance. They have long, whip-like tails armed with a barbed stinger that can deliver a venomous sting to any creatures that threaten the stingray. There are currently around 220 known species.