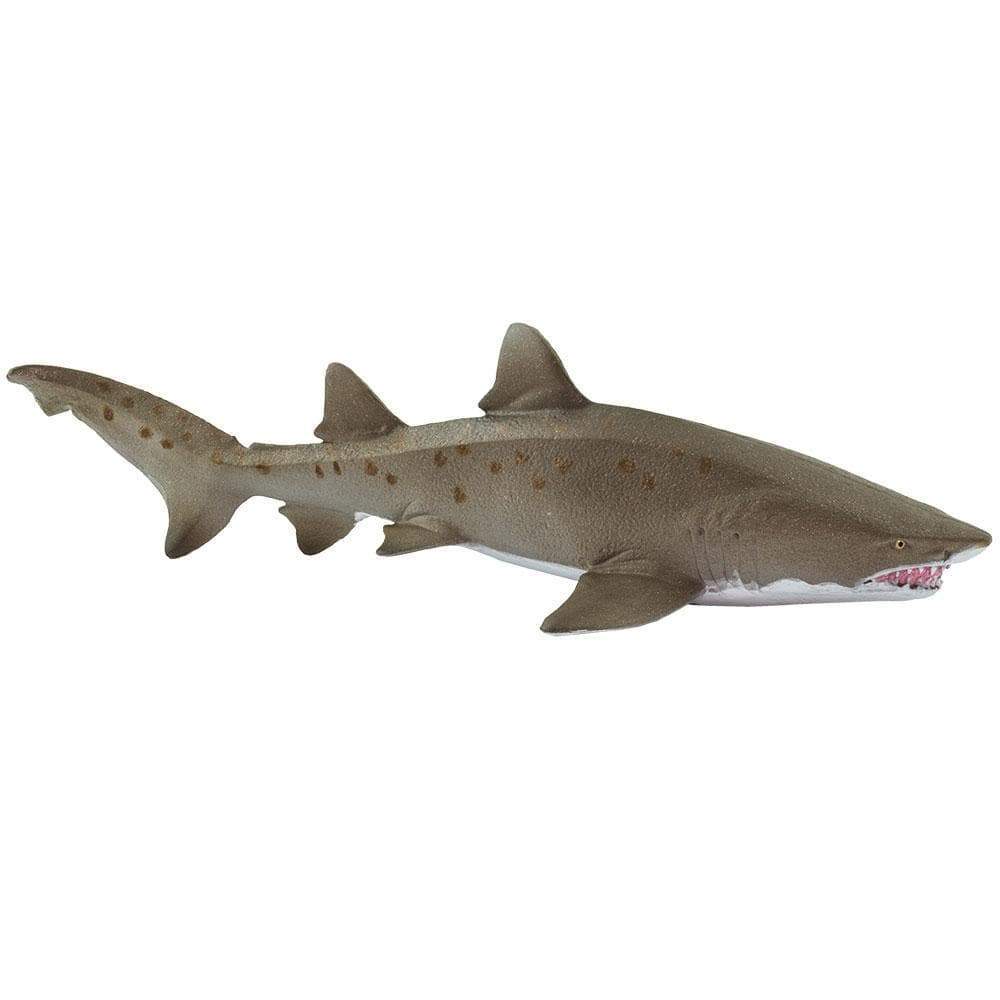 Though it can grow quite large and has a mouth full of frightfully sharp teeth, the sand tiger shark is actually quite docile and has only rarely ever attacked humans. This shark is quite common in public aquaria.