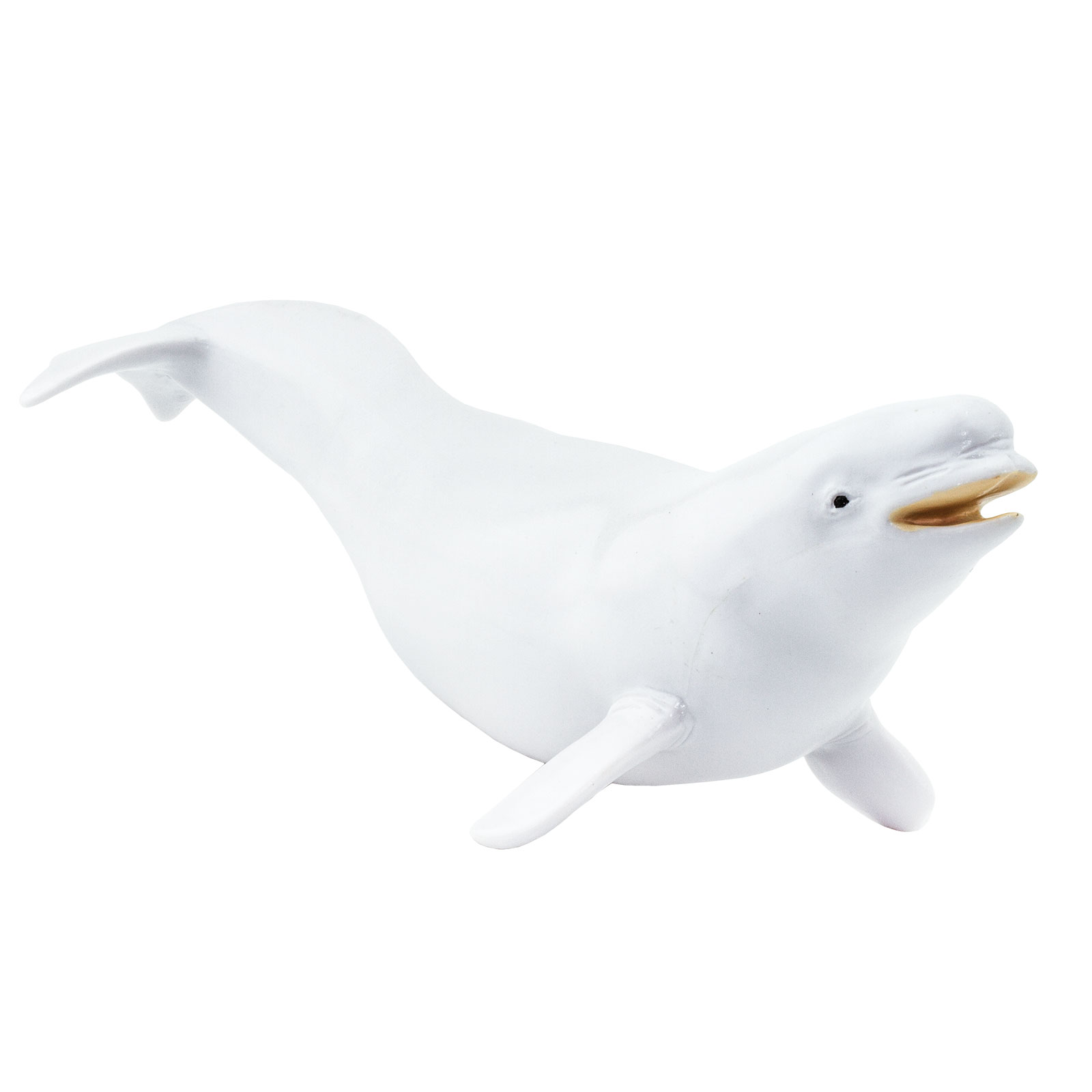 The beluga whale is a whale that lives in the cold Arctic and sub-Arctic waters, notable for its white coloration.