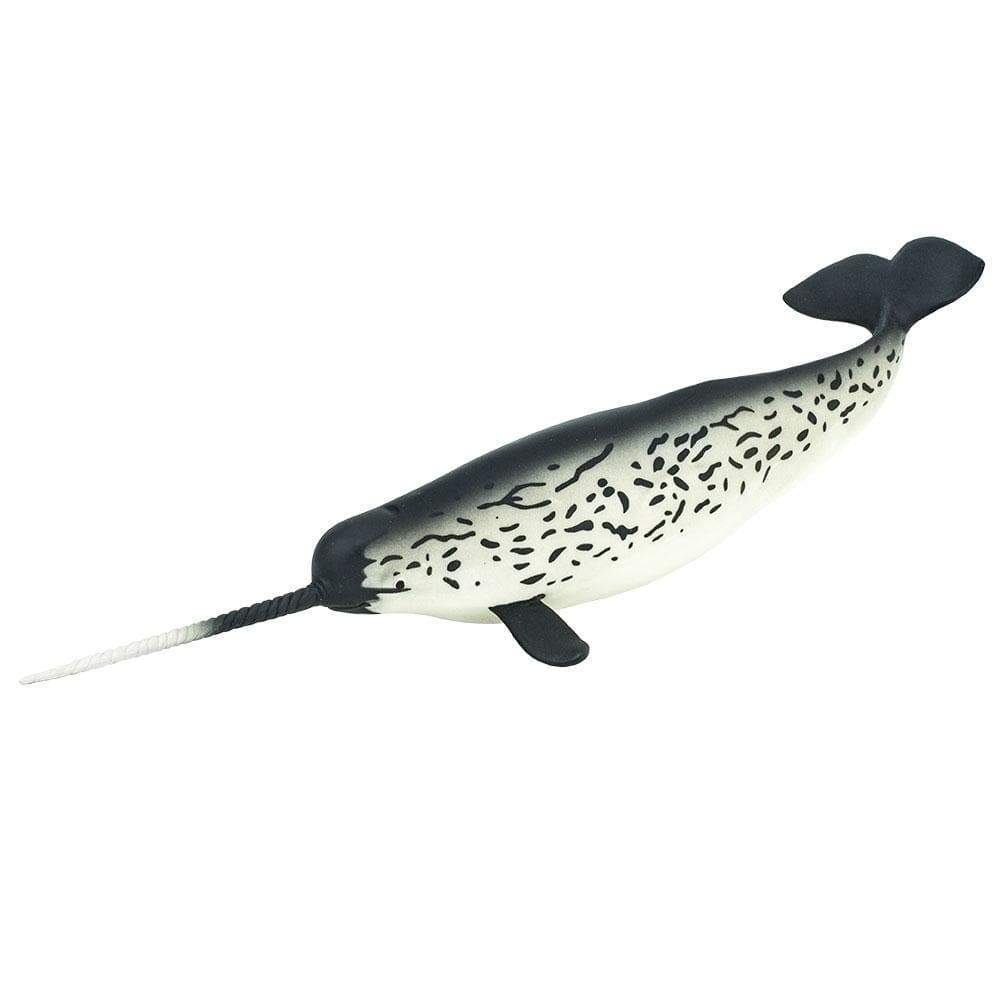 The narwhal is a unique species of whale that lives in Arctic waters, known for the spiraling tusk that protrudes from the upper jaw in most males.