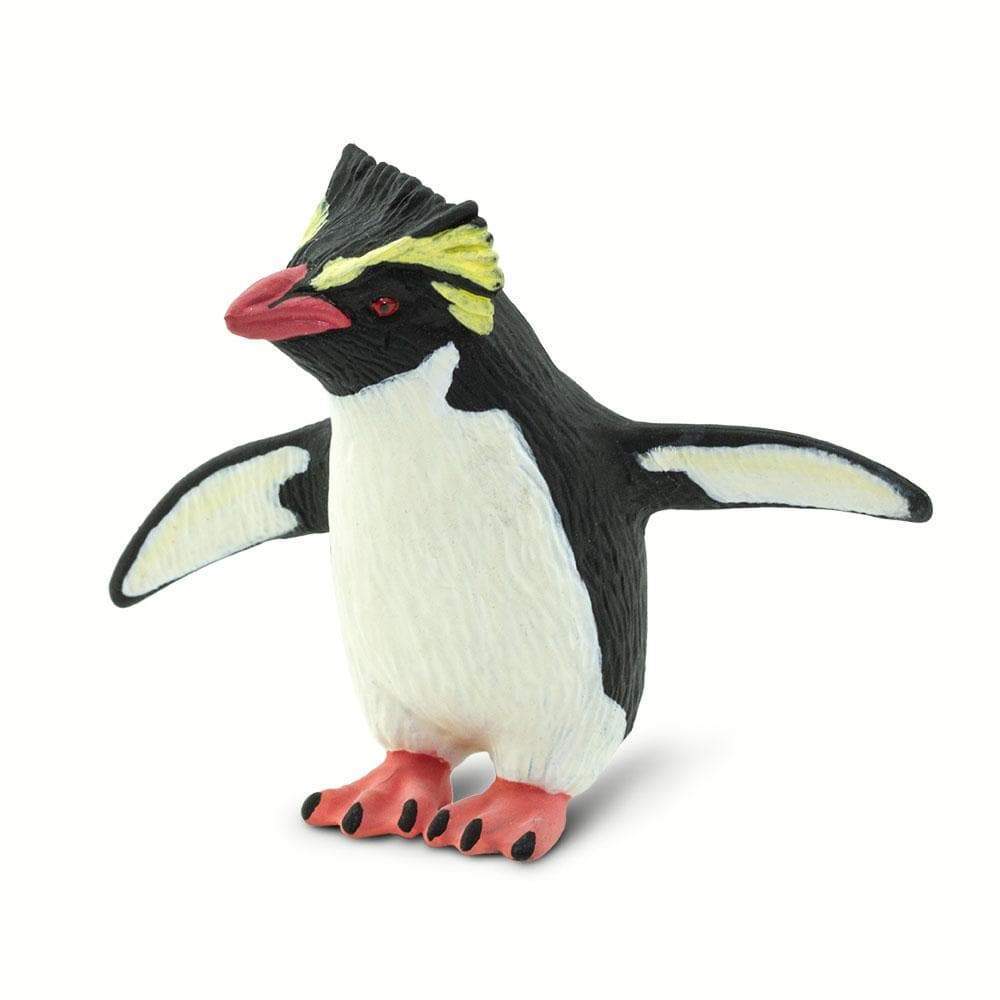 Rockhopper Penguins get their name from the rocky shores where they make their nests, and their habit of hopping from rock to rock to get around (instead of sliding like most penguin species). They are members of the genus of crested penguins, which are notable for their spiky yellow feathers on their heads.