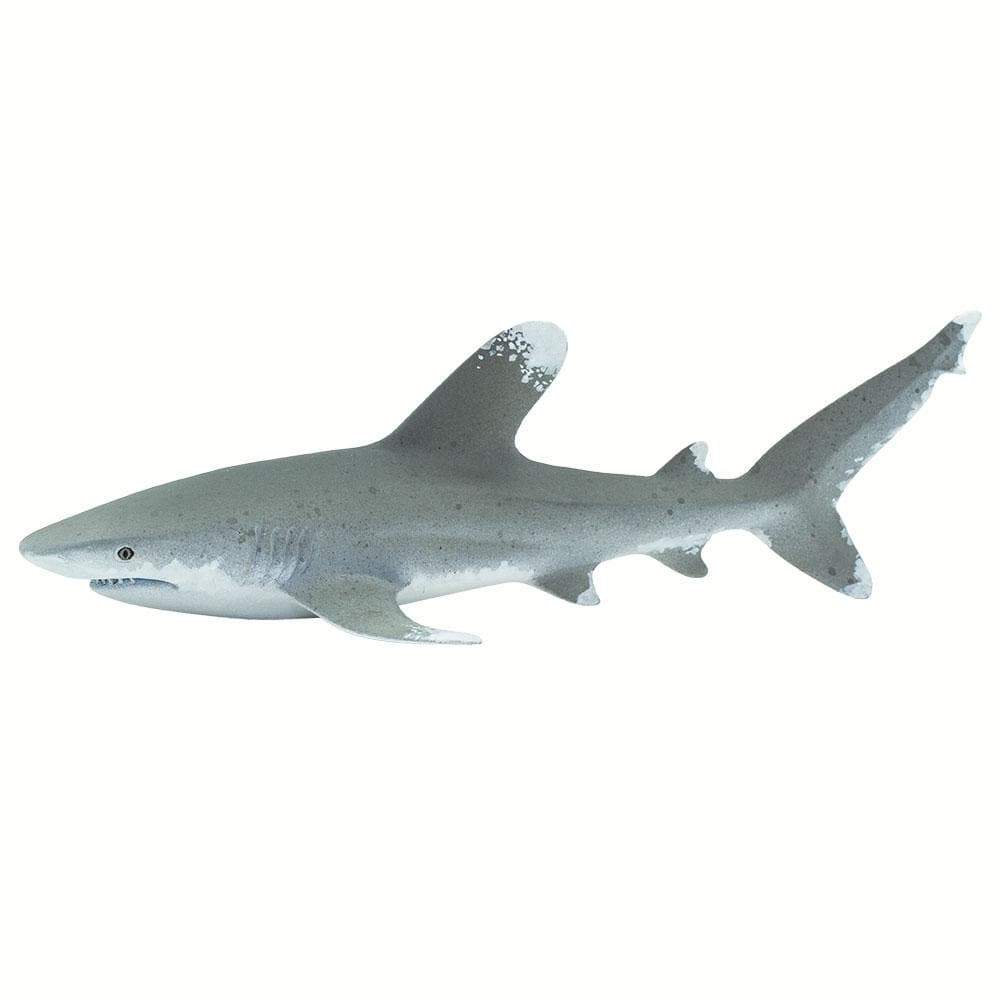 The oceanic whitetip shark is a large shark found in the open ocean in warm tropical waters. Despite its name, it is not closely related to the whitetip reef shark. Though both are “requiem” sharks in the family Carcharhinidae, they have little in common in terms of appearance and behavior, other than the white marks on the edges of their fins.