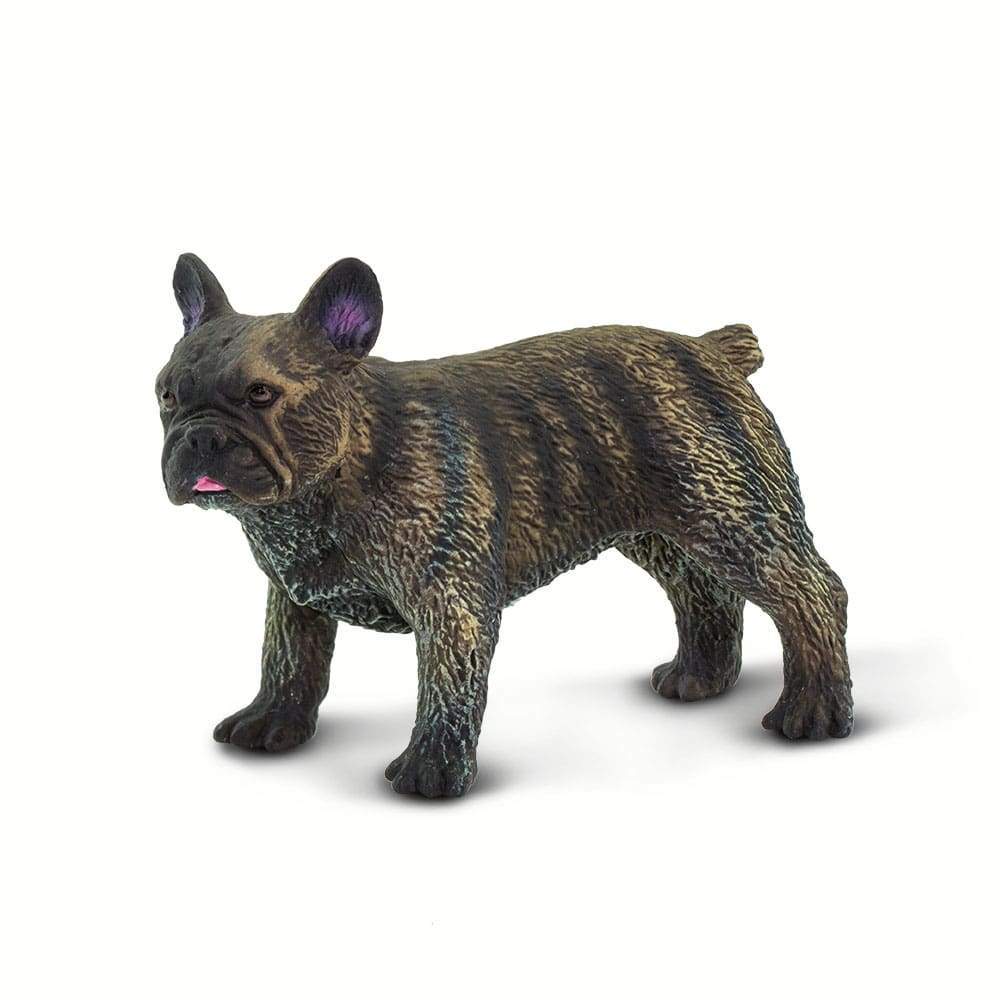 Considered a companion or “toy” breed, the French bulldog was developed by breeding smaller English bulldogs with rat-catching dogs from France.