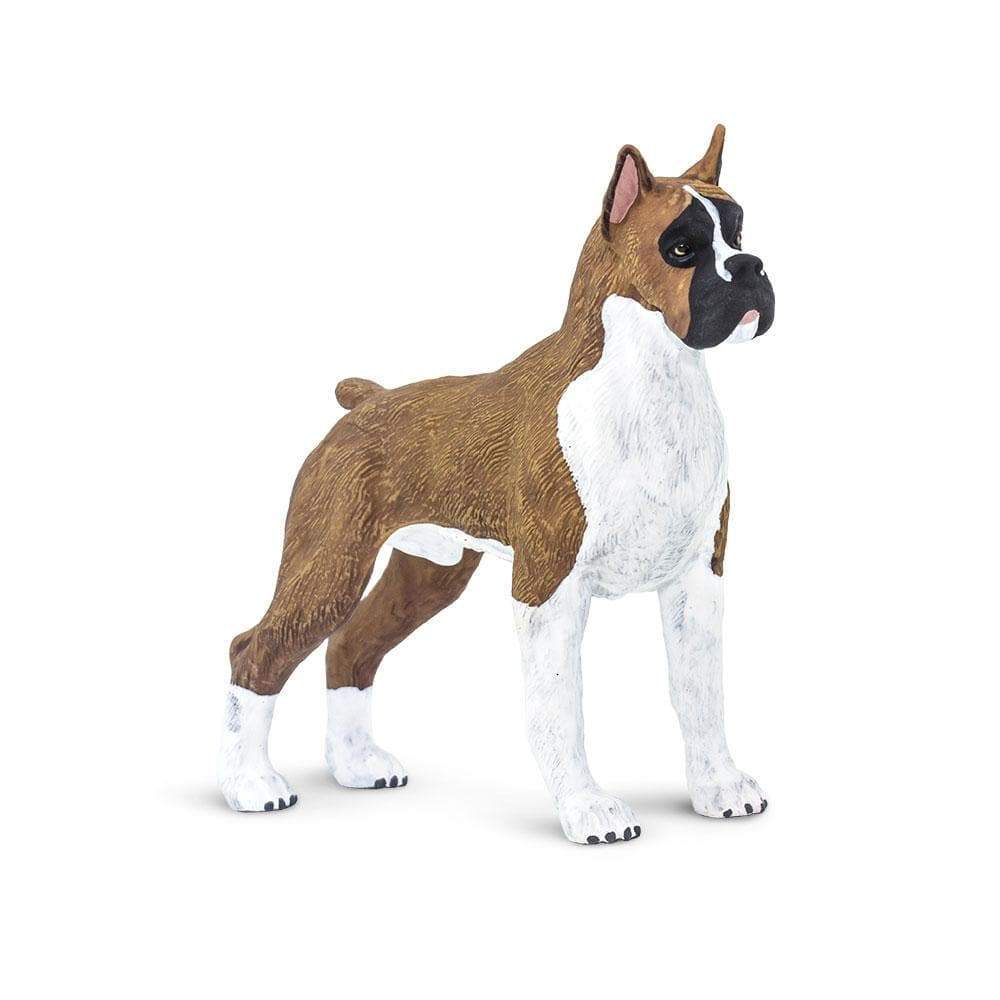 The Boxer is a German breed of dog known for its strong jaws, short muzzle, powerful neck, and energetic personality.