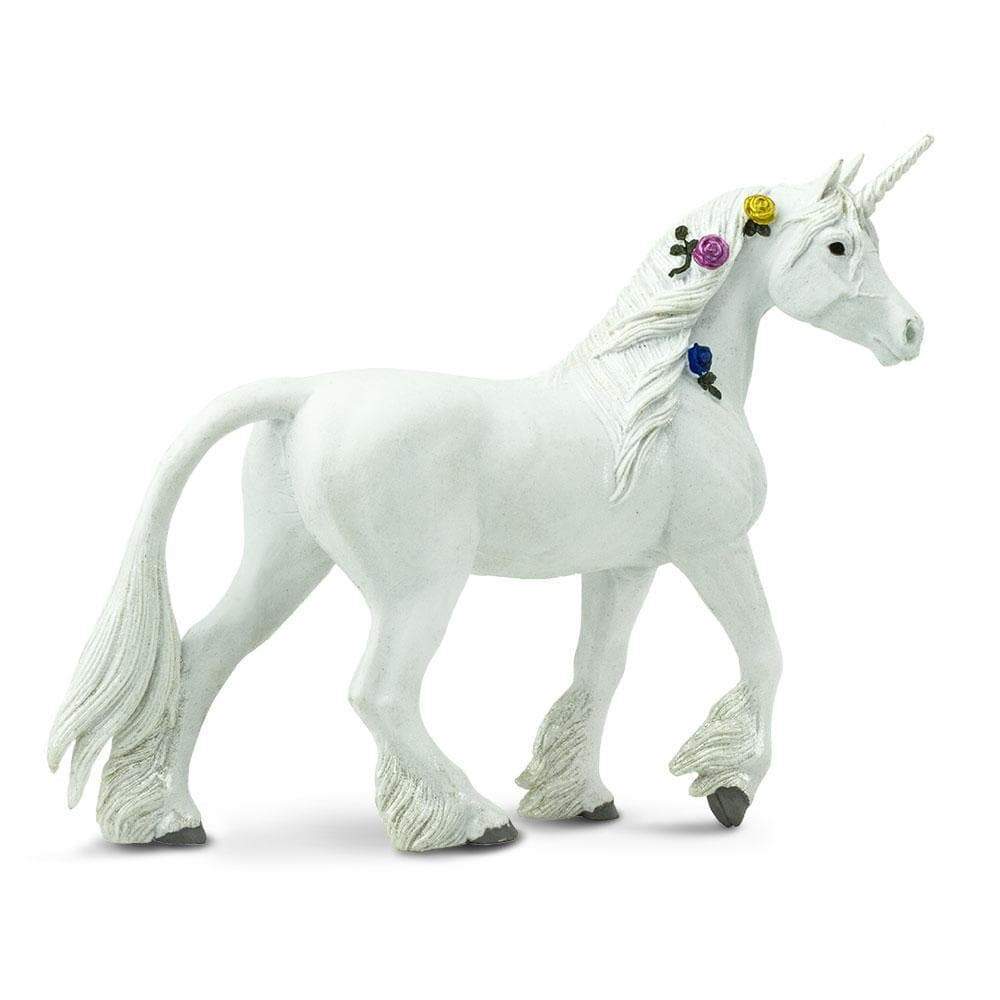 Unicorns are legendary horse-like creatures, noteworthy for the single spiraling horn protruding from their forehead.