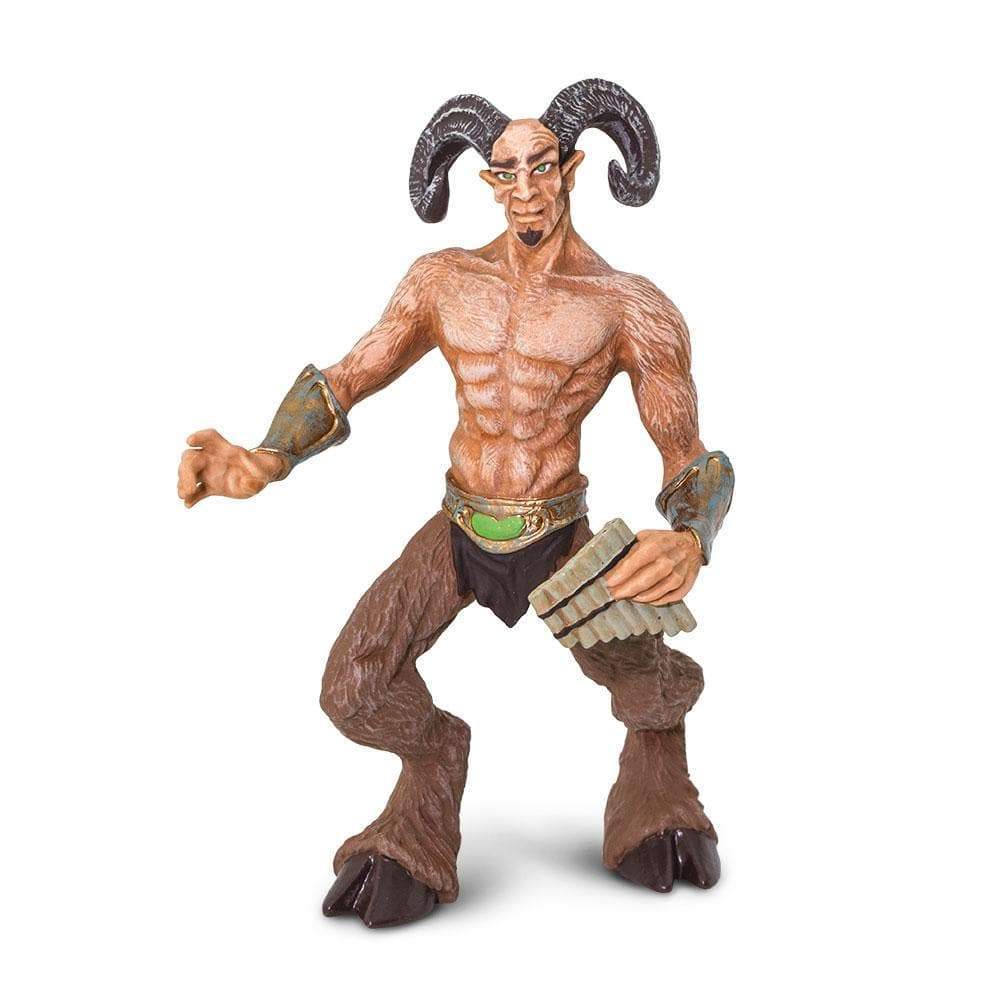 Satyrs are creatures with qualities of goats and men. They are often depicted with horns and hooves of a goat and enjoy pipe music.